Today is International Volunteer Day and we're celebrating all of the incredible volunteers that make up the Sea Shepherd movement! This extraordinarily challenging year has shone a spotlight on the power and determination of our volunteers. Meet some of our passionate team below.

"I believe Sea Shepherd is really making a difference. Whether it's cleaning up the beaches and waterways, shutting down illegal fishing vessels or trying to save endangered marine species from extinction. There is something everyone can do to make a difference."

How long have you been volunteering, what's your role and which ship? I started crewing with Sea Shepherd Global 3 1/2 years ago when I joined the Bob Barker in Gabon. Since then, I have been a regular onboard, crewing on the Sam and Steve also. I am a photographer, and together with a videographer, we make the ships media team for campaigns.

Why do you volunteer for Sea Shepherd? I first joined Sea Shepherd because I am an ocean lover and have always spent a lot of my time on the sea, sailing, diving and travelling to coastal locations. I wanted to help protect the world I love.

Now, after being involved in many different campaigns, and the more I have seen, the more dire I know the situation to be. Some campaigns are extremely important to me, and I want to help in any way I can. I want to stay and be in the fight to preserve the ocean and marine creatures.

What's most important to you about ocean conservation? To me, I am so saddened by the situation facing the fish of the world. I think dolphins and marine mammals may get peoples' attention, but with fish, many people choose not to see the problem. The destructive practices of the fishing industry are emptying the oceans of the world very fast. And the suffering of fish that I see out here, sometimes for absolutely no reason as they are just seen as "bycatch", is heartbreaking.

What do you find most rewarding about being with Sea Shepherd and why? Throughout my life, I have experienced so much joy from the sea. Now is my time to give something back and protect what I love so much.

"The beauty and importance of nature is almost beyond words."

How long have you been volunteering, what's your role and which ship? I have been volunteering as ships crew for Sea Shepherd since 2009, so 11 years. I started as a deckhand on the Steve Irwin and since then have also crewed on Sam Simon, Bob Barker, Bridget Bardot, and Ocean Warrior. I have been Bosun, Ship Manager, Boat driver, Medic, Diver, Crane Operator, Bridge Officer, Chief Mate, Captain.

Why do you volunteer for Sea Shepherd? I have been an activist all my adult life, trying to stop the destruction of our environment. I always like direct action because you can see the results immediately; it really feels like something is being achieved instead of endless meetings and talking. Sea Shepherd has always had direct action at the core of its campaigns, and after all these years I still feel we are getting results. The era to make a difference to protect the environment is now, not in 5 years, not next generation. Now. Already climate change is in motion, potentially unstoppable. It makes me incredibly sad and angry to realise that the world I grew up in will never exist again, that many species of plants and animals are going extinct. Humans had a paradise on earth and it seems we are obsessed with destroying it. I hope by our actions and example in Sea Shepherd we can somehow make a stand and help some marine species to survive. And to also encourage everyone on the planet to treasure our real wealth: nature.

What's most important to you about ocean conservation? The beauty and importance of nature is almost beyond words. Marine creatures are similarly hidden from us underwater. Most people never experience the marine world up close. Its a mystery, we find it hard to relate to fish, crabs, plankton. I'm a scuba and free diver, I've had a small taste of the undersea world. We need to give it space to recover from the unseen devastation humans have caused. Ocean acidification and sea temperature rising are doing so much damage. It seems to be insanity to do large scale commercial fishing in this context. Trying to take more and more, when there is less and less. The fishing industry model is from the 20th or 19th century, from a time when the creatures of the ocean seemed never ending and plentiful.

It is time for us to push the reset button and rethink how we do everything. Large scale commercial fishing is madness, an industry which is guaranteeing its own destruction and therefore accelerating the catch to get more before it's all gone—such greed and selfishness.

Our IUU campaigns directly target one of the most destructive parts of the commercial fishing world, where few other organisations are active. Stopping it is something we are capable of with our fleet and all our hard-working crew and supporters. I get a good feeling imagining the marine creatures, swimming in the depths, being left at peace when we arrest another IUU vessel.

Why should other people get involved with Sea Shepherd? This is the era to protect the environment. If humans survive the next few decades, people will look back and ask "what did you do while nature collapsed? Did you make a stand, try and help? Or did you just give up and keep consuming? "There is no excuse anymore. Everyone knows about Global Warming. Everyone knows we are in an environmental crisis. Get onboard, it's your duty to yourself, to the future generations, to life.

What do you find most rewarding about being with Sea Shepherd and why? I love it when the crew is working like a well-oiled machine, carrying out operations smoothly and safely, whether it's a boat launch, boarding, docking or cleaning the galley at the end of a shift. The camaraderie and great feeling of working with other sea shepherd crew, giving our all for something bigger than ourselves is very special.

"The volunteers with whom I work are awesome – I am continuously motivated by the level of commitment by those around me in the organisation."

How long have you been volunteering? Volunteering has been part of my life for a very long time. Two of my favourite volunteering experiences happened when I was still at high school – one was volunteering as an official at a national swimming event for people with disabilities in Toowoomba in the 1980s and another at the Australian Jazz Convention where I found myself introducing to stage, jazz greats of whom I knew very little but thoroughly enjoyed. I’ve been involved with various sports including canoeing over the years and always been a volunteer in my sports clubs doing lots of things from newsletters to coaching and officiating up to national level. I have been with Sea Shepherd since about 2013 and found myself part of the team coordinating the shark campaign since 2015. This has become a significant part of my life - I have to be proactive, inventive and decisive.

Why do you volunteer for Sea Shepherd? I came to Sea Shepherd after reading a book about one of the Southern Ocean anti-whaling campaigns and was impressed by the aggressive non-violent approach to activism. Sea Shepherd is an effective organisation that has grown and evolved from small beginnings to a truly great international movement. And the volunteers with whom I work are awesome – I am continuously motivated by the level of commitment by those around me in the organisation.

What's most important to you about ocean conservation? For so many people, the ocean is so little understood. It is full of wonders of which humankind is only starting to appreciate and I fear that much of the appreciation is coming too late. The oceans of our little blue planet are fundamental to all life on Earth and every creature in it has a role and should be respected for its place.

We humans have been plundering the oceans for centuries, but it is this century with industrial fishing capabilities and technologies where the plunder is accelerating – at a time when much of it needs to stop. But it is not just industrial fishing; there are other pressures from mining to pollution. I fear for so many species lost and on the brink of extinction.

Why should other people get involved with Sea Shepherd? I meet people often who want to contribute and of course there are many ways to do this. Sea Shepherd is an organisation where there are so many ways to contribute and because it is so effective, you can know your efforts are contributing to change. Sea Shepherd runs lean, and I like that we appreciate and look after the contributions of our volunteers and our donors so well. We are a big team – a family, and we support each other.

What do you find most rewarding about being with Sea Shepherd and why? We work hard and when we see our work having an effect, it keeps you going. The volunteers in this organisation are the best – volunteering with Sea Shepherd has brought me close to many people from backgrounds much more diverse than I experience in any other part of my life and it is always heartening to realise the level of care and dedication in these people of which I am very much a part.

"The effectiveness of Sea Shepherd's conservation tactics is why my family and our small business became an active part of the volunteering community in 2016."

Why do you volunteer for Sea Shepherd? Sea Shepherd's direct-action approach in defending the world's oceans has brought to light a global obligation to a further understanding and protection of marine life and the habitats in which they reside. The effectiveness of Sea Shepherd's conservation tactics is why my family and our small business became an active part of the volunteering community in 2016. I also joined Sea Shepherd as an Onshore Crew Member in late 2018 to be able to help with outreach at local events.

What's most important to you about ocean conservation? We are the voice of defenceless marine life who cannot speak for themselves. We all have a duty to protect the ocean's ecosystems and habitats under threat by pollution, plastics, and illegal fishing.

Why should other people get involved with Sea Shepherd? When you choose to volunteer time, whether onshore or onboard Sea Shepherd's campaigns, you are defending the world's oceans. Volunteering makes a difference, and I am so grateful to be a part of Sea Shepherd.

What do you find most rewarding about being with Sea Shepherd and why? As a volunteer, not only is my greatest reward knowing my time given will assist in keeping Sea Shepherd's ships out on campaign, it's also being able to pass conservation knowledge onto others and to my young children.

Interesting in joining the Sea Shepherd movement? Discover ways to get involved. 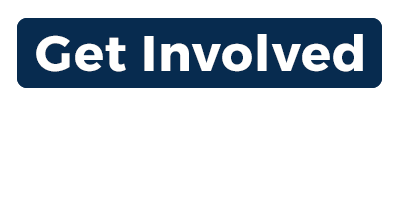