In 2019 alone, five whales were unnecessarily caught in shark nets that are part of Queensland’s Shark Control Program. As whales make their annual mass migration to Queensland’s warmer waters, we urgently need the nets removed.

New South Wales has acknowledged the nets are dangerous to whales and has already removed them for migration season. Tell Queensland to follow their lead before more whales are harmed. 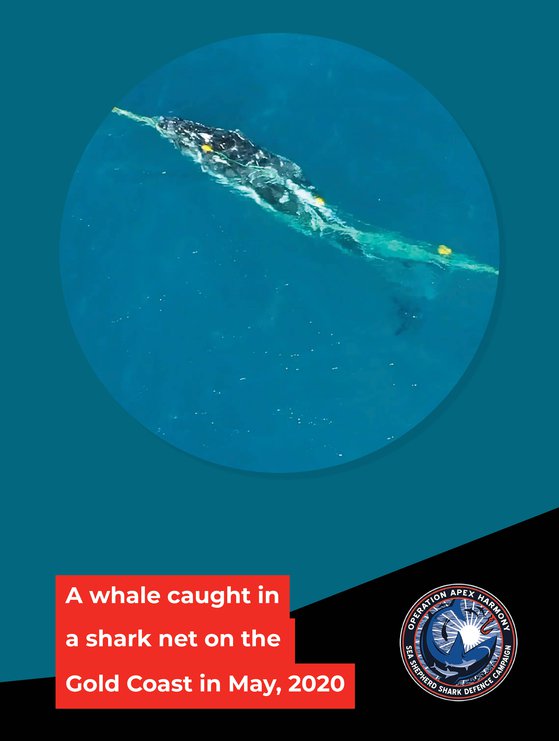 Write to the Minister

We would like to see the immediate removal of shark nets for the whale migration season in Queensland so mother and baby whales can migrate safely. The nets can be immediately replaced with more effective technology like drone surveillance and shark spotting programs.

Changes to government run shark bite mitigation programs occur through government processes – that means they are responsive to public pressure.

Send a message to the Queensland Minister for Fisheries, The Hon Mark Furner, asking him to remove all shark nets during the whale migration season and look to replace the program with modern, non-lethal shark bite mitigation measures. 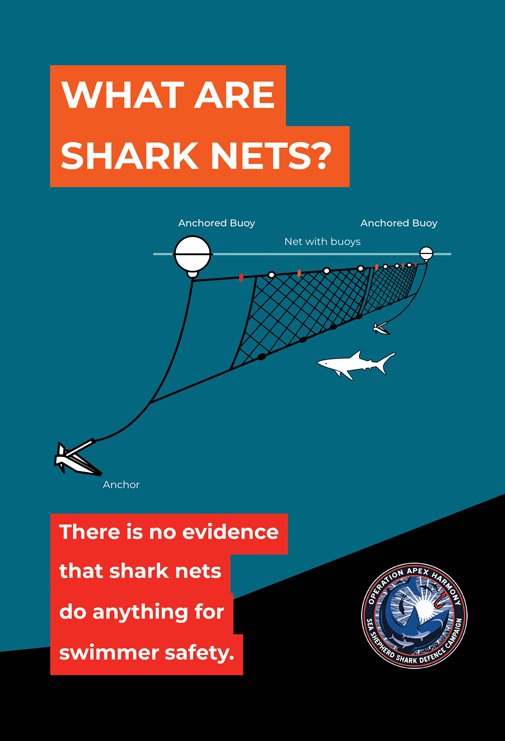 There is no scientific evidence that shark nets do anything for swimmer safety. Yet, every year hundreds of marine animals are indiscriminately injured or killed by Queensland’s shark culling program.

In addition to whales, many of the animals that are caught are non-targeted species like turtles, dolphins, rays and harmless species of sharks.

The 2017 Senate Inquiry into “Shark mitigation and deterrent measures” which made comprehensive recommendations for non-lethal technologies remains largely ignored. As other states upgrade to modern shark control technology, Queensland is sticking with an ineffective program it’s had in place since 1962.

Since then, tens of thousands of animals have unnecessarily been killed by this shark culling program. Vulnerable and endangered species such as scalloped hammerhead sharks are being inhumanely executed in their own natural environment.

Queensland knows these practices are outdated and the public want modern swimmer safety programs that are safe for humans and marine life, including whales. We need Queensland’s Shark Control Program to use non-lethal alternatives in order to protect marine life as well as ensure the safety of swimmers.

A False Sense of Safety

There is no justification for this assault on our precious marine life. Queensland's claims that the program helps tourism are completely false - as backed up by statistics following shark incidents.

Tourists come to Australia because we have a reputation for being a remote and beautiful country with unique and pristine places and wildlife. Our natural assets are our biggest draw-card, including our spectacular marine life, like humpback whales. Tourists would be horrified if they knew that one of the main reasons the Queensland Government continues to use outdated whale trapping nets is to make visitors feel safer.

It’s important to consider that the ocean is where millions of sharks live and sharks don’t actively hunt humans. Shark incidents do occur but very rarely. Often these incidents are over reported giving the impression that it happens more frequently.

The most important thing we can do is educate ourselves about the safe ways to use a natural and wild environment like our oceans. We are not on the menu, we are just sometimes in the way, so it's about mitigating these interactions with an animal that keeps our oceans - our primary life support - healthy.

Join those that have already taken action to protect Queensland's whales