Are we on the verge of a second shark cull in Western Australia?

The Western Australian (WA) Government is proposing a scientific trial to allow existing commercial line fishers, already operating in the Pilbara and Gascoyne regions, to retain a small amount of shark taken as a by-product to sell for local consumption only. In addition to measuring economic benefits for commercial fishers, the trial would also seek to determine if the retention of a small quantity of sharks would have an impact on shark depredation* rates. This is apparently a significant issue for both commercial and recreational fishers in the north of the state.

The Minister for Fisheries has sought input on the trial from the Western Australian Fishing Industry Council (WAFIC), who are yet to provide any feedback. Following advice from WAFIC, the Department of Primary Industries and Regional Development (Department) will seek the views of a broader stakeholder group, including the conservation sector. It is important to reiterate the trial is only a proposal at this stage. However, the reality of what is being proposed is that this is a trial to see if taking more sharks helps with shark depredation, in essence, a lethal trial in killing more sharks to lessen their numbers to see if this helps with shark depredation.

"Looking up the definition of a cull: 'reduce the population of (a wild animal) by selective slaughter', it’s hard not to come to the conclusion that this is a proposed shark cull by the WA Government."

Shark depredation is a complex issue, and kudos for WA in being a world leader in shark depredation research. However, to date, there is no scientific evidence to suggest that reducing shark numbers will lesson shark depredation. So why is the WA Labor Government doing this? Is it merely to be seen to be doing something to appease the commercial and, more likely, recreational fishing sectors before the state election?

Depredation is not limited to sharks. I know longline toothfish fisheries operating in the Southern Ocean have had to move their boats around when setting their lines, because pods of sperm whales will follow them, waiting for them to set their hooks to grab an easy meal of toothfish. Sharks also have an amazing ability to learn and remember and can follow certain fishing boats based on engine noise. However, there are some great mitigation solutions being investigated by WA’s Edith Cowan University.

We are often very quick to point the fingers at sharks as the bad guys; the ones some people love to hate. We humans fear what we don’t understand. In the past, many shark incidents have resulted from a lack of understanding or our own lazy ocean practices. For instance, we have seen shark-related human fatalities with spearfishermen dangerously tying their catch to their bodies rather than off a trailing line. Then there is a call for a cull of sharks because of an incident that we created.

I feel there is some truth to this here as well. What could commercial and recreational fishermen unknowingly be doing that could be resulting in more shark depredation? Is it to do with an ever-changing ocean dealing with the results of climate change, or a boom in recreational fishing licences meaning less fish for sharks, so they are driven more to opportunistic feeding, whether this is fishing for take or “sport” such as catch and release? With greater knowledge comes understanding and then comes solutions, rather than an immature approach to killing the very animal that maintains the health and balance in our oceans 24 hours a day, 365 days a year.

"The Australian Professional Fisherman Community Facebook site had an interesting take on the situation, in essence, simply saying that the problem is booming recreational numbers, not booming shark numbers in WA."

They included pictures showing the fishing activity in Exmouth, and pointed to a research paper published in 2017 titled, “Quantifying shark depredation in a recreational fishery in the Ningaloo Marine Park and Exmouth Gulf, Western Australia”, which studied the issue of shark depredation on recreational fisher catches in West Australia’s Ningaloo Marine Park and Exmouth Gulf regions. The results of this study indicated that depth, the number of boats fishing within 5 km of each other, survey period, fishing pressure and latitude were important factors influencing depredation rate, with no mention of “booming shark numbers or a population explosion”.

In a bid for an easy meal, sharks have come to recognise recreational boats like they have done for commercial ones in the past, recognising their engine noise, fish oil and blood and hydrodynamic and electrical disturbances created by struggling hooked fish, all of which sharks can detect and hone in on, as these are highly sensory apex predators and a keystone species for our ocean's health.

We know with COVID-19, Western Australians have vacationed in their own state to the point that tourist towns are swamped, and with an increase in recreational fishing licences, it's likely that sharks are more attracted to areas that receive high and consistent levels of fishing pressure, thereby an increase in stimulation, meaning an increase in shark depredation.

What, in essence, recreational fishing of this magnitude is doing is changing shark behaviour and this concerns me for a number of reasons. Particularly, the association of humans fishing the very food of sharks, potentially resulting in unwanted shark incidents.

Recfish West -  the peak body representing the interests of 750,000 recreational fishers in Western Australia - and their members want to be able to have fish in the oceans for generations. With an increase in memberships, they endeavour to work to adjust quotas while WAFIC want sustainable fisheries, and the WA Government work to strike a balance with conservation and fisheries.

The reality is that we need sharks in our oceans. Healthy oceans need sharks. As mentioned on the WA Fisheries website, the “presence of sharks off our coasts is an indication of a healthy marine environment.”

This is something to celebrate! Ecologically, sharks are more important than us, for they can live on this planet without us, but we cannot live on this planet without them. They have been here for over 400 million years, and we need to give them the respect and protection they deserve. With global shark populations crashing, we need to give sharks safe haven wherever we can globally. Sir David Attenborough is pleading with the world to protect all remaining natural places, and he is calling for increasing our marine sanctuary zones globally. To allow more sharks to be taken is a real slap in the face of Sir David Attenborough, our ocean, and future generations. For an ocean with sharks is a healthy ocean and one that stands a greater chance in mitigating against the climate emergency we are in.

Sea Shepherd is calling on the Western Australian Government to do the following:
- To put an immediate end to this proposal of increasing shark takes by the commercial fishing sector or culling sharks as it’s simply not the answer to shark depredation.
- Monitor and limit recreational fishing licences and catches and the amount of fishing boats in an area at any given time.
- Set up a shark depredation working group consisting of key reps from the commercial and recreational fishing sectors, fisheries department, marine conservation groups and marine scientists. Just like the WA Government did with the Smart drumline reference group, which Sea Shepherd is a part of with other key stakeholders. We need to do this with urgency at a WA state level so that the information and findings can be rolled out nationally or we will see a push for more shark culling in all states as recreational fishing is on the rise.

For the sharks, for the ocean and for future generations, 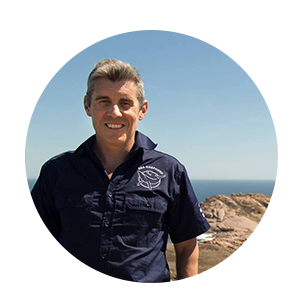 *Shark depredation: where a shark partially or completely consumes an animal caught by fishing gear before it can be retrieved to the fishing vessel, occurs in commercial and recreational fisheries worldwide.