Why are Sharks Important?

As apex predators, sharks have shaped marine life in the oceans for over 450 million years and are essential to the health of our oceans, and ultimately to the survival of humankind. Studies are already indicating that regional elimination of sharks can cause disastrous effects including the collapse of fisheries and the death of coral reefs through a phenomenon known as ‘trophic cascade’.

The plight of sharks

For years these majestic creatures have been seen as a threat to humans, yet as we begin to understand more about marine ecosystems, we are realising just how important they are for our survival.

Overfishing has led shark populations to plummet with up to 100 million sharks currently being killed every year. There are around 500 known species of sharks, with 170 of these found in Australian waters and 70 calling Australia home. Sadly, more than 200 shark species are listed as threatened and 50 are considered vulnerable.

Sharks are vital predators in the ocean food web and healthy populations are necessary for a balanced ecosystem. They have been keeping our seas healthy for over 450 million years. Without healthy shark populations food systems can become unstable and even collapse in a trophic cascade. For example, one study indicated that a reduced number of sharks, resulted in cow-nose ray populations increasing in the mid-Atlantic. And more rays eating scallops meant there was none left for humans.

Weak, sick or old marine animals are more likely to be eaten by sharks. This strengthens the overall population by removing animals likely to spread diseases. Also, by keeping prey animals moving, sharks benefit seagrass meadows though not being overgrazed in concentrated areas. 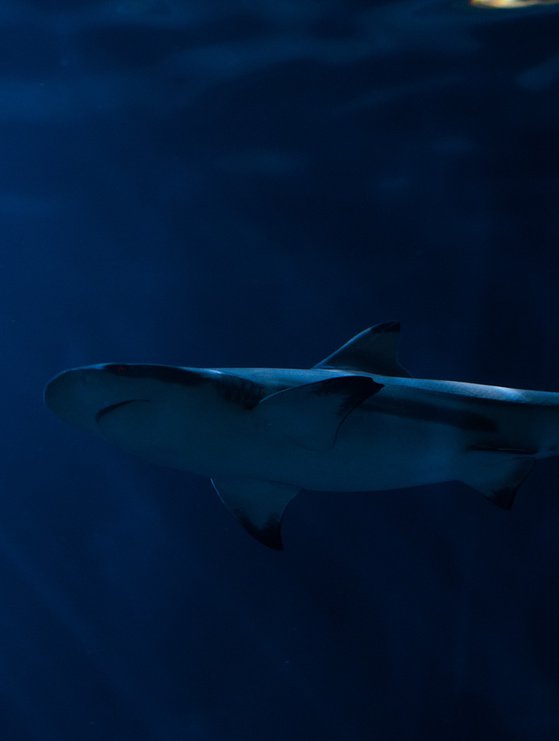 The role of sharks in regulating oceans

Sharks also help regulate the oceans by promoting nutrient cycling and sequestering carbon. They are a critical component in an ecosystem that provides one-third of our world with food, produces more oxygen than all the rainforests combined, and removes half of the atmosphere’s anthropogenic carbon dioxide (greenhouse gas). Healthy oceans are our best defence against climate change, containing life that absorbs carbon and acts as lungs for our planet.

We can think of the globe’s biodiversity as a giant puzzle, as pieces are removed the picture no longer makes sense and the puzzle will stop connecting and no longer work.

Sharks play a crucial role on this planet. Remove sharks from the oceans, and we are tampering with our primary food, water and air sources. There is still so much to learn about our oceans and the role of sharks in the ecosystem. Humans are one of many species sharing this planet, and with pressing issues like climate change, it is extremely important that we respect the oceans and the balance of nature.

Two hundred and fifty million years ago, this planet suffered the largest mass extinction on record, and scientists believe this was caused in part by catastrophic changes in the ocean. Sharks play a keystone role ensuring our seas remain in a healthy equilibrium and do not reach that point again.