Since 2020, Sea Shepherd has conducted annual multi-island clean-ups at the Cocos Keeling Islands: a remote Australian Territory in the Indian Ocean. The goal of the clean-ups is simple: remove as much trash as possible to make the beaches and the ocean safer for marine life, whilst supporting the remote island communities who are faced with ocean plastics washing onto their shores. 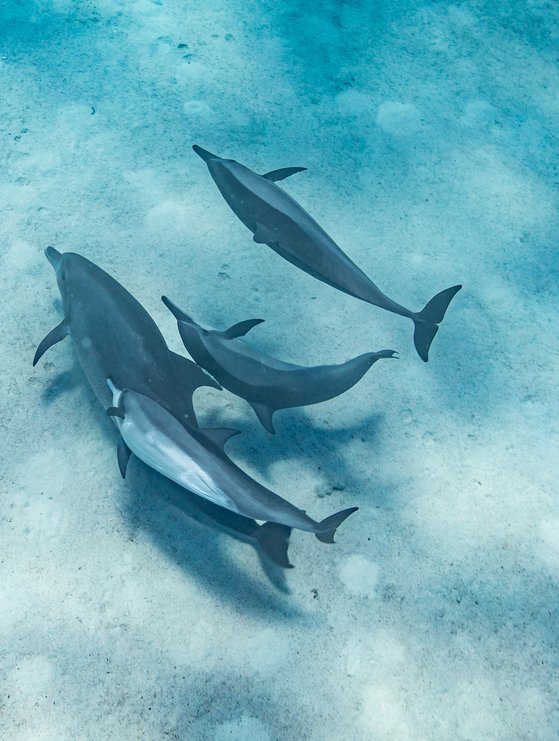 The remote islands of the Cocos Keeling Islands (CKI) are an external Australian territory that lie 2,750 kilometers north-west of Perth, Western Australia in the Indian Ocean. The atoll is comprised of 27 islands with only two being inhabited - West Island and Home Island -  that have a resident population of approximately 400 people.

The natural beauty on the islands is breathtaking, with aquamarine waters and pristine reefs abundant with an array of marine life. Green and hawksbill turtles, sharks, dolphins, manta rays, 500 species of fish, 100 species of hard corals, 600 species of mollusks, 200 species of crustaceans and nearly 100 species of echinoderms can all be found within the waters of the islands. North Keeling, designated as the Pulu Keeling National Park is rarely visited, but is an important turtle nesting site and a breeding colony for many species of seabirds, including supporting a rookery of up to 30,000 red-footed boobies.

Despite the low permanent population of residents on the atoll, the beaches of CKI are being increasingly impacted by the global issue of marine plastic pollution as the production of plastic is allowed to continue to explode.

"Over the last 10 years, plastic production has grown exponentially and is forecast to double over the next 20 years, with waste entering the ocean set to increase ten-fold by 2025. It is clear that the strategies being implemented in Australia with single-use bans have no effect on areas in the North of Australia such as the Cocos Keeling Islands. Policies need to be global as the ocean has no boundaries and Australia’s marine life are being affected by this tsunami of plastic." 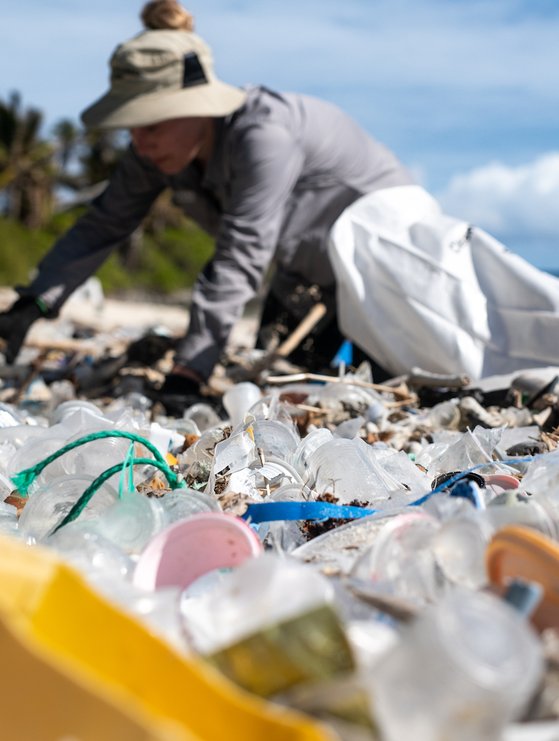 In December 2022, nine dedicated Marine debris crew travelled to CKI for the third year running for a remote multi-island clean-up.

Working collaboratively with communities across the atoll, the team removed an astonishing 8.2 tonnes of trash in just two weeks.

A SNAPSHOT OF RESULTS:

- 8.2 tonnes of trash removed in 1100 bags including 5.6 tonnes of lightweight consumer plastics and 2.6 tonnes of ropes and nets

- A higher amount of consumer plastics was removed in 2022, with an increase of over a tonne from the previous two years

Read updates from the field from our 2022 Campaign Leader, Liza Dicks

Watch these short videos from our 2022 clean-up 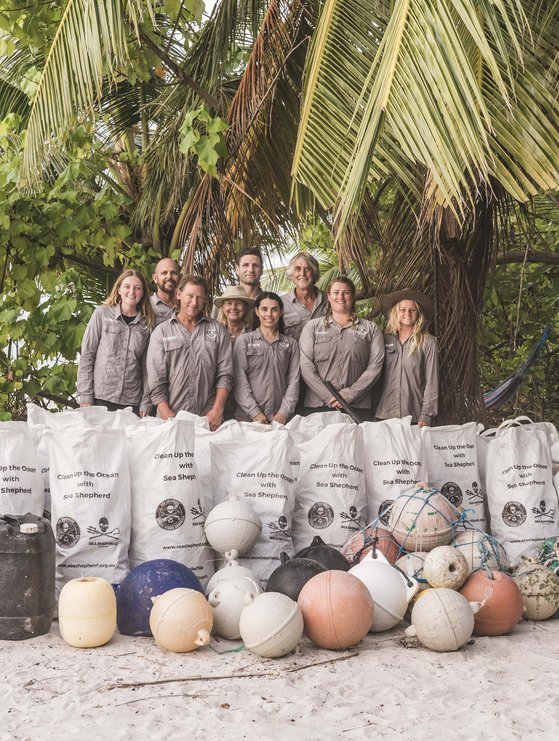 In November 2021, a small team of dedicated Sea Shepherd volunteers travelled to the Cocos Keeling Islands in the Indian Ocean to undertake an intensive remote clean-up of the island's beaches.

Over a two-week period, our crew worked across four islands to rid the coastlines of harmful debris and protect marine wildlife. With support from the Shire of Cocos Keeling Islands and local businesses, our team also completed two community clean-ups and film screenings to shine a light on the pervasive problem of marine plastic pollution.

All up, the campaign resulted in the removal of over 8.5 tonnes of trash from the atoll!

Find out more by reading field updates from our Campaigner on the ground, Marina Hansen.

"During our clean-up on South Island, hundreds of hermit crabs were seen living among piles of trash. One was spotted using a deodorant lid as its shell and many were found dead inside containers and bottles, having crawled in and then becoming unable to escape." 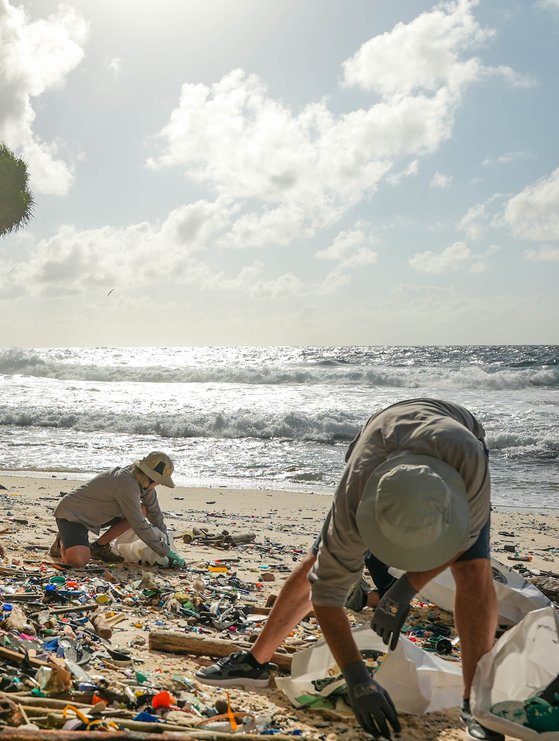 Remote tropical islands around the world are increasingly becoming the dumping grounds for ocean plastic pollution with the devastating impacts of this often hidden.

Sea Shepherd embarked on its Indian Ocean Trash Bash Campaign in 2021 to clean-up not only the Cocos Keeling Islands, but the neighbouring remote Christmas Island too. This campaign resulted in the removal of over 2,800 kgs of trash from the beach - estimated to be more than a staggering two million pieces of marine litter!

To find out more about our Indian Ocean Trash Bash campaign, download our report here.